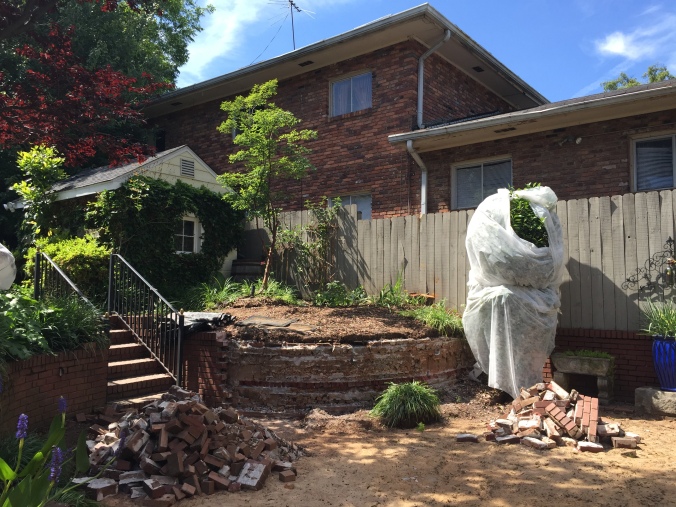 Brick, brick pieces and mortar refuse is a common occurrence in renovation and building. In our case, we only had a small amount of unusable brick after the initial demo.

When Cannon House was renovated in 2008, we brought in a brick chipper and put the remnants under the new porch to help with drainage. As we soon found out, though, Atlanta has not a single brick chipper in the city. I promise you I’ll get to the bottom of that with the city, because Atlanta and Mayor Reed wants our city to recycle as much of our stuff (plastics, cardboard, etc.) as we can.

We made the executive decision to trash the brick pieces instead of bringing in a chipper from some far-away place. Remember, you have to balance saving and prepurposing the brick with the carbon impact of bringing the chipper to your work site.

As it stands now, we’ve saved much of the brick already, tucked neatly away until we start rebuilding the back façade. 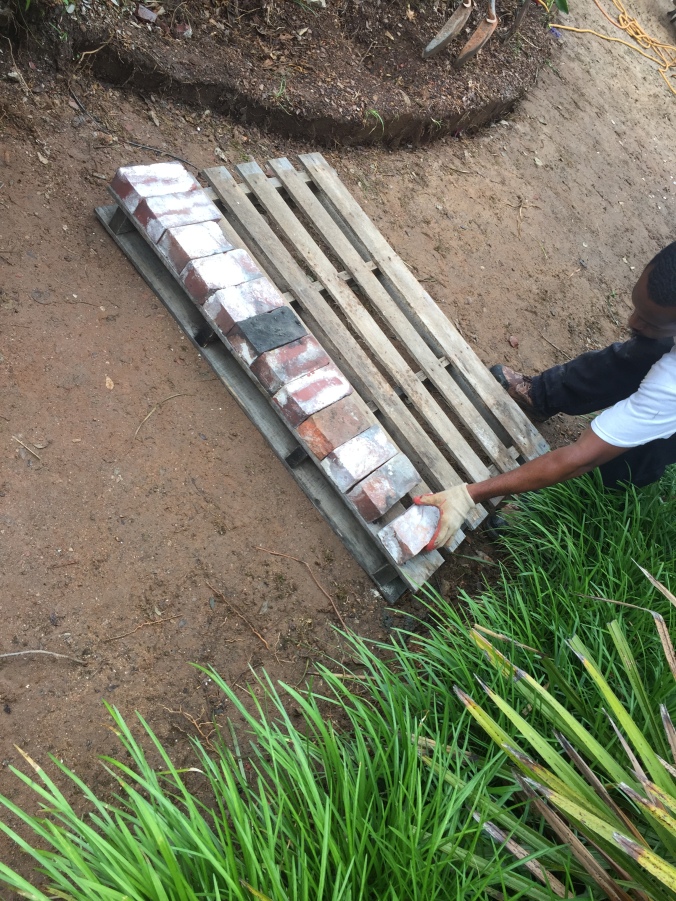 We had a few other pleasant surprises, too, when we took off the brick from the back of the house. But I’ll post about that separately. — Will Pollock

This site uses Akismet to reduce spam. Learn how your comment data is processed.

Nestled in the heart of midtown Atlanta, Cannon House (est. 1921) is a classic French Colonial with modern touches.

Will Pollock, the property's owner since 2004, has just launched the home's next phase: a historically suited, EarthCraft-certified Platinum expansion.

Why is RoundUp a bad choice? Read more about how Glyphosate harms the environment.
(image credit: Dr. Rex)

Other Projects by Will Pollock